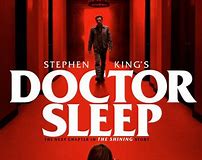 A movie with many different levels.

I hate to compare it to the Shinning. After all it’s an adaptation of a book that’s the sequel to the shinning. However, it’s obvious the filmmaker referenced the Stanley Kubrick masterpiece in order to get everyone into the mix. It felt like three movies at once with movie staring with a recap of what happen after the event of the shinning. Then we have a part where the movie goes over more what the shinning is. This part of the film acts like a Hollywood sequel as the adult version of Danny battles other people with the shinning in order or project a young girl who has it. It’s almost like Stephen king’s version of the X-Men. Then we have a part in the movie that brings us back to the original film and is the part with the most horror. All together it makes for a great film worth watching. Different enough from the originally that you can enjoy it on its own.