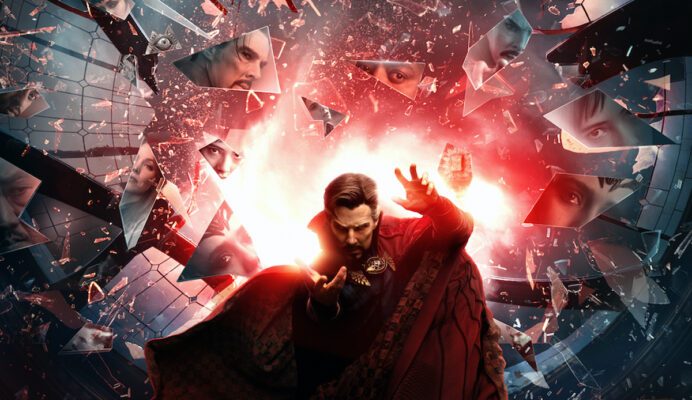 So I heard that there were some reshoots that needed to be done before the movie came out. Very curious what they were. The movie starts off great, its fun and funny as we catch up with Stephen Strange far more than his role in spider-Man No Way Home. The action starts quickly which was great, but then we get to the point where I feel the movie gets loop sided.

A lot of scenes were stretched out and far too slow and what made that really bad was that these scenes were meaningless. If you went to see this movie with a die-hard marvel fan you probably think you miss something person picked up, but I’m telling you right now, a lot of scenes were slow for suspense that was not needed.

Then we had a lot of scenes that went by far too fast, and these scenes should have more meaning than they should. There was a reason why we went to see Multiverse of Madness and that reason could have had more meat. Yeah, it was awesome, but not on the three Spider-Men in one film big.

Speaking of Spider-man, there was a point in the flick in which Sam Rami does his thing to the point that I wish this movie was called Dr. Strange and the Evil Dead. I feel like I learned something about how a marvel movie was produced. It seemed obvious that this part of the movie was producer Kevin Feige developing the universe he created, while this part of the movie was the part in which Feige allowed Sam Raimi (the man showed Marvel how to make a superhero movie and thus the reason why Feige has a job) do what he does best, and of course this was the best part of the movie as Raimi put his stank on it, but I needed more of the funk.

Could have also used more Scarlet Witch then what was given. It does not hurt that for the Scarlet witch to truly work in this flick you needed to have scene WandaVison. That was kinda a flaw because of how important she was to the story. She just was not fanfare, that you really did not need to understand the movie. On top of that you kind of needed to see the other Disney + series What If? For the fan fare to truly hit you. Not that important but that fan fare is why a lot of people what to see this particular entry in the marvel cinematic universe, right?

Don’t let me discourage you form seeing it. It’s good, and I’m glad I saw it once, but it does not feel like something I going to want to watch 100 times before it leaves theatres.