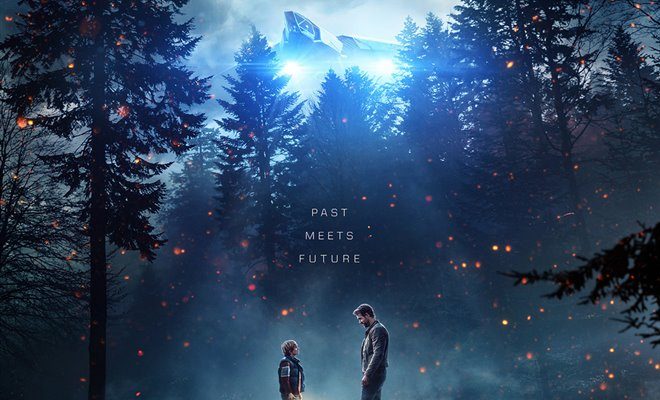 A lot of solid names in the movie with Ryan Reynolds being the most constant. Names like Marc Ruffalo, Jennifer Gardner and Zoe Saldana seem to come and go from the flick like overblown cameos. None of them stuck around long enough for me to fully grasps their character. Not even Cathleen Kenner who did double duty as the villain thanks to good old CGI.

No this was the Ryan Reynolds show and it was not even that good of an episode. Maybe it was because he had to share the screen with a little kid, I don’t know but I’ve seen Reynolds be more magical in worse movies (I’m thinking 6 Underground).

The pace of the movie was kinda fast. It felt like they were trying to fit a lot of story into a small amount of time, but the problem with that was it was not a lot of story, and there was plenty of time to tell it. It’s interesting how you can watch a movie and not understand why certain characters cannot see the plot unravel in front of them. Then you watch a film like the Adam Project in which the characters do understand what’s going on instantly, and you realize that happen far too fast.

To note, there are certain writers in Hollywood (like the now canceled I believe, Joss Whedon) who are geeky enough to pull this off, but its not happening here.

I will say I did not dislike the movie. I keep thinking that the movie could have been almost as good as the theatrical release, Uncharted and could have given that film a run for its money if it was not released on Netflix. Unless the reason why its on Netflix is because they realized quick that this flick was that mediocre, although I’ve seen movies no where near this good make it to be big screen.

I liked it but for all that went into it, it could have been better, especially in the genre of time travel.

Previous: Asking for It
Next: Turning Red