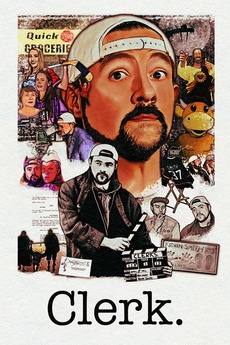 It’s strange for me to watch the movie because I already know Kevin Smith. I was aware of Fatman on Batman for a long time and really started watching Fatman Beyond religiously during the pandemic and believe me, he will not let you forget that he made Clerks.

If you think of yourself a movie geek you got to see Clerk, cause the movie is about an iconic filmmaker who does not see himself in that way, but unlike many others who also don’t see themselves like that. Kevin more embraces it. He’s geeking out on his own stuff and its only an advantage for us because it makes him sooooo open about telling us about his experience as a filmmaker, lessons any wannabe filmmaker should listen to cause its inspiring. He had a story to tell and all he was doing was telling that story and everything about Smith tells you that if he can do it, you can do it.

From his younger years as a filmmaker to his older years as a messiah of geek culture, Kevin smith tells a valuable lesson on how far being yourself can take you.