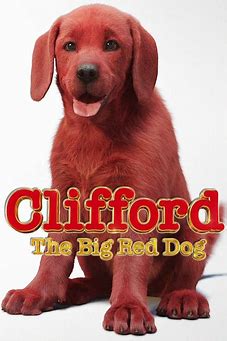 I’m aware of the books but not familiar with them.

One thing that I thought was odd is not once did I get the feeling that they actually used a real dog for this picture. I don’t know if making the dog CGI red possibly effected how real it looked to my eye but I thought it was strange that not at one point did Clifford look real when obviously they had no problem using a real dog.

They got a cute kid to head up the movie. Although sometimes it felt she was not interacting with the fake dog all that well (and kids are supposed to be good at that, right?). This could be the fault of the visual effects. Then again, there was some great stunt work with the CGI dog that contradicts that.

So, the CGI is a very big part of making this dog come to life and yet it’s so so. That’s not good.

The iffy visuals almost overshadowed an All-star cast (Well All-Star to me). It was a pro to me to go see the film. The online poster stated Rosie Perez was one of the stars of the movie, and I was like cool, but her role was only in one scene and was not even big enough to get into the credits sequence at the end of the movie. That’s ok cause Clifford had many other D Listers like Kemon Thompson, Tony Hale, John Cleese and a couple of other actors you may have seen on Saturday Night Live.

Heartwarming Story almost makes you forget they the CGI lacks in some cases, but it really does affect the movie.