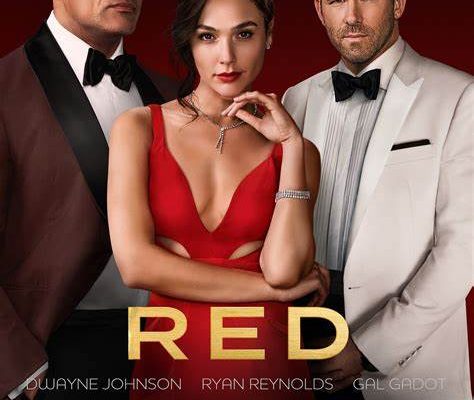 It’s always a perfect pairing when you get the Rock and Ryan Reynolds in a movie together. Its as if someone said I have to stupidest idea for a movie but we have to make it, how can we possibly make this movie successful? Get the two action guys who, like not only can dwell in that stupidity but come out looking cool.

This is not a stab at either The Rock or Reynolds, it’s a compliment. While other action heroes have to play it cool and serious to try and make it work, these two never take it that seriously and are always in on the joke, which turns this movie around from the jump.

Red Notice is a strange its not suppose to be funny but it is funny so go ahead and laugh at it, kind of thing for me and that just doubled my entertainment value.

I was a little afraid for Gal Gadat who could have come off horrible between a Rock and a…Deadpool, but she held her own even better than she did in the first Wonder Woman film. The picture was obviously a buddy pic for the two beef cakes but every time Gadat was on the screen it was worth it and when she wasn’t I wanted more.

I’m very impress. Mr. Johnson spent a lot of time promoting this movie and Red Notice does stand up to his hype.