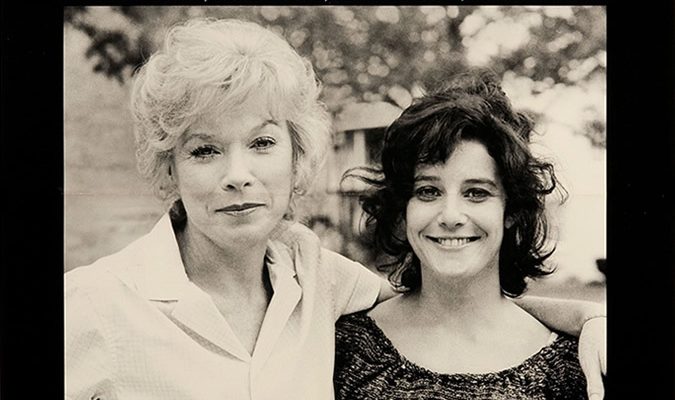 I was under the impression I never saw this movie before when I started watching it but then I realize certain scenes and moments looked familiar. Then again, Terms of Endearment is one of those movies that’s considered the best ever made so it would not surprise me if elements of this flick have seemed into my psyche on a cultural level. I know that scene when Jack nicholson is standing up in his car is iconic enough for me to have scene over and over without ever seeing the flick.

It’s a funny movie, from beginning to end, but the amazing part is how sad the movie can be and still be funny. That is the trick right their that makes it a classic, also helps to make the movie relatable.

For me it does have an all-star cast. If I have seen the movie before I completely forgot that Jeff Daniels and Danny Devito are in the movie.

A real plus was the musical score by Michael Gore that was amazing. I know this movie was a thing at the Oscars so I hope the he was at least nominated.

It’s not my style of film, and chances are the next time I get around to seeing it, I’ll probably forget that I saw it again, but that does not change the fact that I think it’s a good movie.

Previous: the Getaway
Next: Steel Magnolias