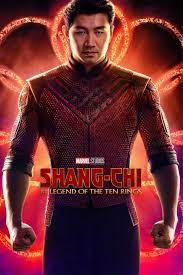 It was better than the proceeding Marvel movie Black Window. More exceeding the expectations of a Marvel movie. Shang-Chi feels like the marvel movie experience is starting to get back to the normal of the theme ride Martian Scorsese believes they are (I can’t disagree, just note that’s what I want)

In comparison Shang-Chi is a lower level character. I am a fan of Marvel comics but got more of the references to the Marvel Cinematic Universe in this movie than to the direct comic book references. Those Marvel cinematic universe references were amazing enough to get over the fact that the obvious comic book ones went over my head. I mean this movie’s connection to other movies is great fanfare that makes me love it more. So really cool cameos happen that actually move the story along.

I did like what they did with the Mandarin here but do feel they copied and paste a lot of things into the story of Shang-Chi to make a complete movie for a lower level character. From the little I know of the character he more fits into those Netflix’s shows they did a few years back but change him enough to justify a blockbuster.

They did succeed in making Shang-Chi’s background more fuller. The relationship between him and his father and sister was beautiful, complex and more importantly, never bored me and of course Awkafina as the comedy relief and best friend to Shang-Chi was strategic gold. The story for the background was not that full. It’s really a character driven movie for without the amazing performances from a group of actors who know their stuff this story would fall short.

Note, I loved the fact that Michelle Yeoh was in this movie and that gives it a lot, but she’s done way better in less effective films (but she most likely got a huge paycheck from Disney just to wave her hands around).

The special effects were good in this flick. I was impress with what was used to make the final conflict and I was convince that the dude from Kim’s Convenience was a master of kung fu

Its a good movie but it did not live up to my high expectations of it. It gave me a lot of cool things but really did not give me anything I did not see before, in movies that did it better, but if it’s about anything I did spend the rest of the day pretending I knew Kung fu.