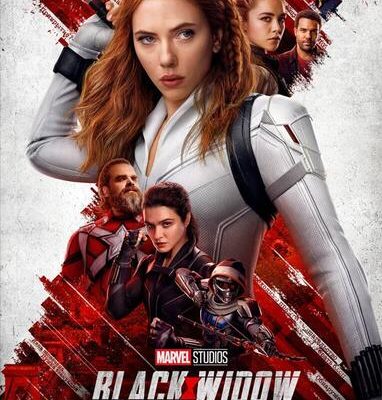 With Black Widow going solo I was not expecting to see something that looked like a Superhero movie. What we get here is an action flick on a higher scale. Not as High as say Captain America: The Winter soldier, but that’s the level they were reaching for, but never get there

That has a lot to do with the fact that Black Widow could have done some more action in the action film. In films with other Avengers Black Widow gives a superb action sequence. Some of the sequences here felt incomplete. Too much cutting in-between the action and the talking (not something you want to do in an action film really).

There was a lot of talking. A lot of understandable talking, yes, but at the same time I wanted to see Red Guardian do some more Captain America stuff.

Not sure how I feel about Florence Pugh. Good as a fellow Black Window. Funny when it comes to poking fun of Natasha Romanoff and her being an Avenger, but the chemistry between Pugh and Johansson did not hold the movie as needed.

Ray Winstone’s Villainy is a step back (maybe purposely as the movie takes place in the past). Not his fault for his portrayal of General Dreykov, it just that once Marvel reached perfection with Thanos its hard to watch them turn back to only the hero’s journey matters and not the foil they face.

I was waiting for the Task Master to make it onto the silver screen for a minute. Not what I was expecting but not fully disappointed. Just left me wanting more.

I want to point out that this movie is one step up from Captain Marvel. I know it should mean nothing, but there was a very little thing in Black Widow that I was expecting Captain Marvel to be all about.

I have to admit though I did love this action movie, but as a Marvel movie I just felt it was missing a lot of parts. It was cool when they referenced things talked about in other movies but then you had things in the movie that needed to be addressed more.

Overall, I thought Scarlett Johansson showed a mastery of the character. It may not look like it but she was everything I expected from Black Widow. Plus we got to see her origin played out,and as such it was a fond farewell to the character.