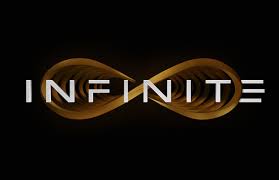 Too cool (seriously, too cool)

Infinite takes style over substance to a new level.

I heard about this movie a week ago when a coworker told me the trailer was hot. I’ll say this about the Antoine Fuqua flick, he took a four-to-five-minute trailer and extended into a full movie. That’s actually impressive that he was able to keep up the energy for the entire movie.

Of course, that does make for one problem. The action is hot, the visuals are stunning and the style is wild, but then there is that slow moment in the film when Markie Mark’s character is explained. He’s a special human being that gets reincarnated over and over again but is fully aware of his past lives. He’s not the only one and a collective of these people have taken two sides: one good, one evil.

It’s around here that I realize this movie is missing something. That sounds strange to say considering John Wick is one of the best action movies I’ve ever seen with a plot so cliché, it literally pokes fun of itself. It worked for Wick but it does not click here.

The unclicking plot reminds me of the Old Guard (Both stories about a form of immortality). I hate to say that I like this movie more. Like I said, it’s got the style, it’s also got the action and the combination makes for a flick that looks like I would have blindly paid 25 bucks to see this on an IMAX screen (I never got that feeling from the Old Guard).

It’s too bad Charlize Theron did not get cast in this one instead. Markie Mark felt utterly useless in this flick. I don’t think I’ve seen Wahlberg be so dull. Old age must be catching up with him. He did not even make me laugh. Realistically, you could have replaced him with a wooden board and it would not affect this movie.

Chiwetel Ejiofor was the only notable performance in the film. Somehow his bad guy got through all the fluff and was able to shine.

I was hoping to get the same shine out of Jason Mantzoukas who’s usually good for one laugh as the comedy relief, but all his jokes were swing and miss.

Well, I don’t want to say too many bad things about the movie, but I feel this goes into the vault of Ninja Assassin for me. It’s an action movie I’ll tell people was good, but whenever I see it every few years, I watch it like I never saw it cause I always forget why I like it. A little unfair comparison for Ninja Assassin, but I see Infinite going down this road.

I enjoyed it while I enjoyed but its forgettable.