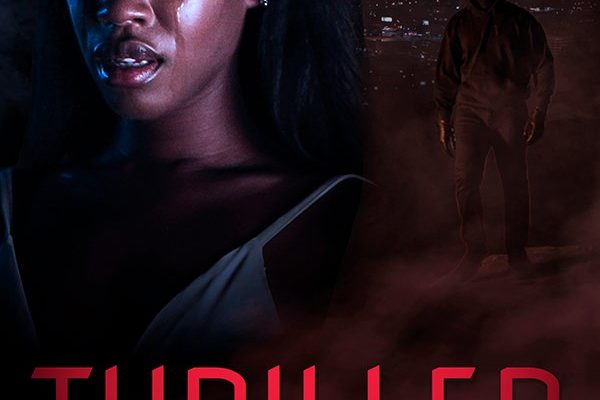 When I saw this flick come up in my Netflix while searching for movie, I read the long line and I liked it: A group of Compton kids pulling a prank, caused the death of a little girl and sent her killer to jail. Four years later he gets out to extract his revenge.

Made by The Masters of Horror that are BlumHouse, I like their content as they tend to think outside of the box with the formula. This is why I got to give Thriller an A for effort straight off the bat. May never be enough black casted Horror/Slasher films for me not to give an A for effort. Even Wu Tang’s the Rza agrees with me, Most likely why he scored this joint and took a small role.

One thing I did not like about the movie was the acting. Now that I’ve written down it sounds stupid complaining about acting in a horror flick, but I can’t help to note that the archetypes seemed unrealistic to me. It could have also been the timing. The filmmakers may not have had enough time to film it to get it down right, only to get it down. That’s typical with a horror film. I also got the note that the timing may have been an attempt to mimic Giallo films of the 70s and 80s. The way they used RZA’s score made it seem that was the case as it felt like a hip hop remix of Tangerine dream.

Plus, I saw the twist at the end but still loved it when i saw it coming.

Taking all this into consideration actually makes this film better. If they could have just added a needless shower scene or had the 1st victim be a token white guy this film would have fit in perfectly with that Golden Age Slasher period.