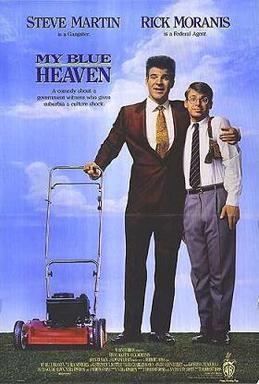 It’s one of those movies that I don’t remember watching until I watch it and then all the good jokes come back to me (which are not many).

Steve Martian plays a mob guy about to rat on his friends so the FBI puts them in witness protection in some small town in middle America who can’t keep his ass out of trouble. Martian is funny but not convincing as a mob guy (maybe a Vegas lounge act).