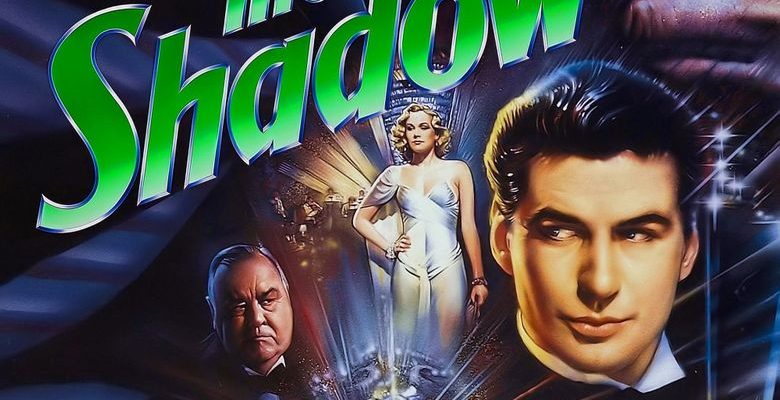 Totally reminds me of the Phantom which came out around the same time. it’s the same premise of taking a pre Superman Superhero and making a movie about him in that pre Superman setting, but for the Phantom, I feel the environment of the 1930s is his best fit, while the Shadow could have worked in a modern setting.

I believe the Shadow started out as a radio program in its 1st incarnation. I’m sure I’ll find a comic book adaption out there somewhere but if this is the 1st visual adaption of this character I understand why they went for that 1930s setting cause we never saw him like this before.

I don’t want to say it hurt the movie, the art direction was actually beautiful. What really hurt the movie was the tone. It tries to be dramatic and playful at the same time.  That worked for me in the Phantom and in the Rocketeer which was a Disney movie also set in the pre Superman era of Superheroes. However, it worked best in Dick Tracy, the Warren Beatty film all these films feel like they are trying to be like. Shout out though for Sam Rimi’s Darkman, a movie smart enough to give you the essence of  that pre superman era superhero but set it in a modern tone.

Back in the day Alec Baldwin totally had the look of a dashing crusader, but I feel that they did not know what to do with him. Maybe because I only see Baldwin as a handsome leading man in comedies in this reasoning, I’m not taking him seriously as a mask vigilante cloaked in Darkness (Baldwin has the perfect look that would fit into a Batman costume but after seeing this, I’m not convince he can sell me on being a man who went Bat shit after seeing his parents violently murdered in front of him). These pre comic bookmen are suppose to be a little dark but not too dark. I’m not seeing any dark with Baldwin.

Pretty typical story as the Shadow becomes the great white hype to a non white culture, similar to the Phantom and Tarzan, but instead of Africa The Shadow heads to the far east and is allowed to learn ancient Asian secrets of how to cloud men’s minds and he uses these secrets to secretly help his uncle fight crime in an LA looking New York, in what’s a very Batman 66 commissioner  Gordan type way. Of course his main antagonist is an “Asian” who obviously can use his powers way better than the Shadow uses the same powers (and Yet…). In all fairness, the Shadow wins by relying on a network of spies, everyday people who have jobs that can help the Shadow solve his crimes. A network that includes Peter Doyle as his personal cab driver.

One awesome surprise watching this movie retroactively was seeing Sir Ian McKellen in this joint, a few years before playing one of the best villains of the post superman era, Magneto in the X-Men.

Overall, the movie is not too bad. It has a lot of hiccups which I’m sure contributed to this movie coming and going in cinema history, but I definitely did not hate it and it was worth looking at.