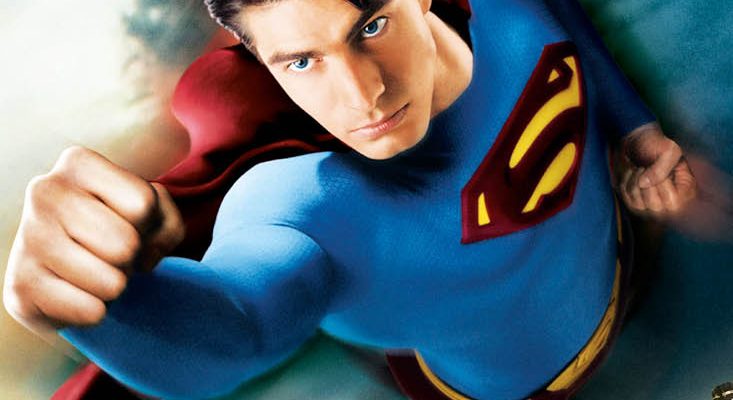 You know what Superman Returns has in common with Man of Steel? At some point they drop the ball without loosing the game.

Spoiler alert. This movie was doing just fine until it was reveled that Superman knocked up Lois Lane. I remember that was the point in the film that I was like “I don’t know” In a movie about the most unrealistic superhero that was the moment that fucked with me, I know but it did.

A lot of stuff about what they did in those 1st 4 flicks is charming, here its so corny to me. Re watching what Margot Kidder did as Lois Lane I see a woman who needed to pull the wool over her eyes because of the importance of who Superman is. The world’s greatest reporter could not see the biggest story in the world right in front of her is a cliché. Too bad for Kate Bosworth she needed to act upon that cliché. I needed to see Margot Kidder address the cliché perfectly just to like what Bosworth was attempting here. I have an understanding of what’s being attempted. Still don’t like it just respect it.

The special effects are not as great in the sense that I was more impressed with what they did in the 1st three Superman movies. In all fairness what Richard Donner did in a time when Star Wars was only a year old is amazing, and what Bryan Singer  is doing a year after Revenge of the Sith  is just standard in comparison. I will say fairly that all the CGI used to make Superman fly does not make me believe a man can fly only make me believe in CGI. Not all the scenes but a lot of them.

I though Brandon Routh was Ok as Superman. The shoes he had to fill were even bigger than when Val Kilmer played Batman in Batman Forever. He had his on spin on the Man of Steel that I felt did not pay homage to Reeve’s version but was definitely inspired by it. Yes, the suit was a little too…fancy, but it always was. I like him in the role and would have like to see him do it again (outside of him putting on the costume for the Crisis on Infinite Earth miniseries).

The chemistry between Routh and Bosworth was nice. I did like the scene in which I got to see the other side of the Romance, when things went sour but the connection is still there. Its funny how human Superman gets when he’s either literally sweeping this woman off her feet as Superman or literally fucking with her head pretending to be Clark Kent (and I will say, elements of Bosworth’s performance literally scream out  she knows but is allowing herself to be duped)

Kevin Spacey’s performance as Lex Luther is not bad as well. He’s got one up on Gene Hackman because of the sinister way he made his fortune back, but other than that it perfectly connects the old films to the new. It’s a classic plot cause it’s similar to the plot of the original film and its a Luthor I like cause he’s not constantly stating what a criminal genius he is, but he is an evil one indeed.

Superman Returns follows the formula of the original movies  very well. Far better than the Quest for Peace (Which is unfair to Superman IV cause it does not have the same cash flow as Superman Returns). I do feel in a world where we just got Batman Begins a year prior it may not have been a good idea to go as retro as they did with the feel of the film.

Previous: Superman IV: The Quest for Peace.
Next: Monkey Shines