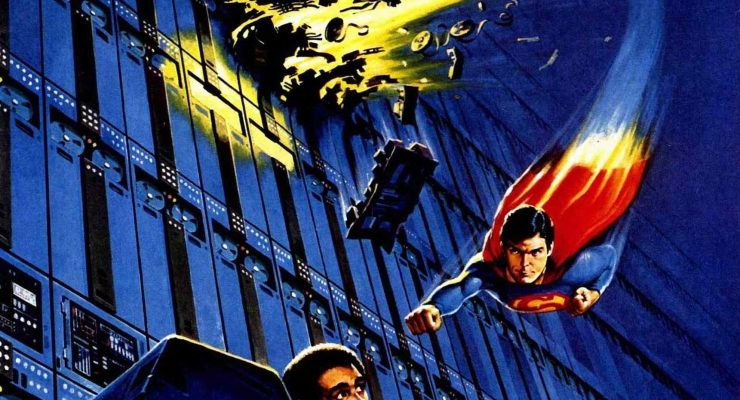 What I will say about these older Superman movies is that we do get to see a lot of Superman saving the day. not the world, Not the universe just helping out in everyday life. I love those scenes a lot. I like watching Superman help the firemen stop a chemical fire and seeing him prevent a man from droning in his car.

Sure in Man of Steel and Batman vs. Superman you sort of get this stuff but not how they do it here. There’s always a bigger agenda in latter Superman movies in which his saving the day is pointing out why people dislike Superman or automatically is an escalation to the bad guy.

The magic that made the 1st two movies is half gone, and when I say half it has a lot to do with the fact that Margot Kidder as Lois Lane is in it as no more than a cameo, and I have to say she was definitely a big part of the magic of Superman and Superman II.

Gene Hackman is also not in the movie. He’s good as Lex Luther but not sure if I want to say he’s got that glow or anything, but it is weird that the villain in this movie is a copy cat of Lex Luther and for my taste a better version (As he’s the business man who makes money doing evil shit on the side).

I wonder if Richard Pryor cost so much money that they could no longer afford Hackman and Kidder? Yeah, Richard Pryor is funny so I guess it was a good idea to use him to add some life to the Superman franchise, but if they added him because people did not like Superman II this was not really the way to go, especially considering the movie follows this same format of having most of the impressive action in the third act (of which rumor has it Brianiac was going to appear). For a movie that centers around a pre Crisis Superman we have far too much Clark Kent.

I’ve herd conflicting stories on Pryor’s character August’s scam with steeling the fraction cents. It was the plot of the movie Hackers because it was popular idea during the computer ages’ youth. Some computer geeks call it dumb but I had a math teacher in high school who swore it was the most cleaver thing he ever scene in a movie. I like to think he’s right and that young computer geeks today think its dumb simply because we now live in an age where companies are smart enough not to let that happen.

Another plot point I thought was well done was the creation of Green Kryptonite. In the comic this substance is just a thing like the Red version but in this movie it was created by accident in attempts to create the Red one (and It was Richard Pryor who made it). I thought it was cool, Plus Christopher Reeves bad superman was cool too.

It also could be said that there lies a concept in this movie in which Richard Pryor would have accidently created Brainiac in the same way Iron Man accidently created Ultron in Avengers: Age of Ultron. Now if you were looking for something to pump up ticket sales having the real Brainac instead of that generic substitute would have done it.

Still a go franchise but you can feel the quality getting lower,