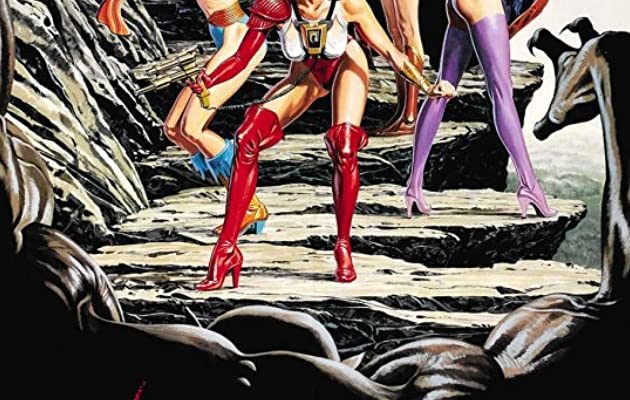 Was expecting more from the experience. The logline that got me to watch it talked about an all-girl rock band in space. I got that I guess, but realistically, the in-space part was too minimal. If they got rid of all the elements that made this a Sci-fi movie it would not disrupt the core of the movie at all. It was nothing more than an add on gimmick no different than the two hot chicks who got naked in the movie in a scène that felt like it was added just to have two hot naked chicks in the movie.

On a positive note it reminded me of Jem and The Holograms, not the movie but the cartoon that horrible movie was based on. If I saw Vicious Lips back when I was an 80s kid who was into Jem and the Holograms then maybe I could have liked this movie in that same style. The band had two songs that I thought were good. Sometimes that’s all you need.

Overall, this movie could have worked as an all-girl rock band with out the space stuff. With the space stuff and can only concentrate on how disappointing of a Sci-fi film it is.