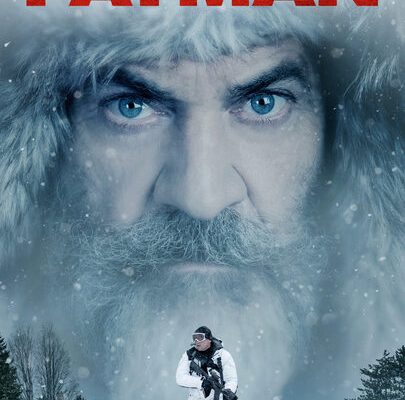 Mel Gibson makes good movies. it makes it hard to boycott him.

Fatman is a great movie for the modern era as it showcases the corruption of Christmas. It feels like somewhere down the line the world got too big for Santa and as such Santa was force to make some deals with people like the Military in order to keep Santa’s workshop afloat. Seems like a low point for the magic of Christmas but that magic is wearing down as children become less and less innocent. Plus it looks like Mrs. Claus died and Santa has been sacking up with one of his elves, a black one at that (wonder if that was a coincidence, Mel).

Add salt to the wound, Santa gives a rich kid oozing with first world problems a lump of coal for Christmas, and this kid sends a Santa obsessed hitman to track Chris Kringle down and kill him.

Mel Gibson is no Kurt Russell when it comes to playing an alternative St. Nick. In fairness Russell is playing the Kringle that still has a twinkle in his eye in The Christmas Chronicle movies while Gibson’s fat man sounds like a southern preacher who lost his faith in god. it’s perfectly grim.

Walton Goggins plays the hitman and to his credit he’s a show Steeler. Perfectly menacingly and funny all at the same time. Can’t help to laugh at his Sinister plan to get Santa.