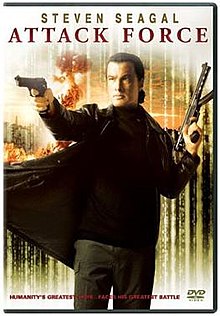 One of the best Steven Seagal movies during his fat saga. It starts out as your typical fat Seagal shit with a group of guys gushing over Seagal’s character telling us (by telling each other) what a bad ass he is and how good at whatever law enforcement shit he does.

A lot of these fat Seagal flicks are a indirect way to give Steven his props for the 1st 5 movies he did (his best work and all their is that makes him worthy of talking about). Then this movie ends up showing Steven Seagal with a little more depth than usually.

The film has Seagal facing some superhuman women and despite most of his movies trying to state how superhuman he is he actually shows a little vulnerability to an opponent made to be stronger than him and that little side step made a big difference.