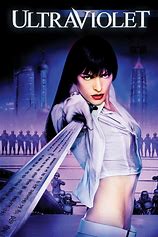 I remember when this film came out. One of those movies that came out at one point all in the winter season that could have been a blockbuster but was not made with enough money and, before 2011 had a subject matter that people did not think will appeal to a mass audience.

I saw it once and did not remember it. Thinking I must have fell asleep in the theatre. In my mind that must mean it stinks but I could not wait to give it another try when I saw it on Amazon prime video.

It’s a movie before it’s time as the filmmakers attempt to bring the comic book it was based on to life visually. I never seen or herd of the comic book outside of the movie but I can imagine what it looks like cause this movie feels like it’s doing a bang up job of painting the comic onto the silver screen. thinking of Sin City and Watchmen, two movies that successfully do the same thing.

One problem with that, and this is a big one, it looks like it will fit more perfectly into the superhero movie comic book genre that is bombing in today’s cinema with one exception: it’s art is superb but it’s story is garbage.

Real pretty to look at but whoever drew the comic book is no Frank Miller or Michael Moore when it comes to putting meat on the bones of a story. To be honest with you the bones of the story was not all that interesting either. A virus that turned humans into vampires, but not the ones that need blood to survive. That was not a big part of the plot, a plot that was really wooden in delivery.

This should had been a winner for it’s star, Milla Jovovich. Two or three movies into the Resident Evil franchise, Ultraviolet could have been the the trigger that made the world remember that America has a female action hero hard kicking ass for years. I see why she toke the part cause it was right up her alley of visual effects driven action movies about monstrous creatures reimagined. I could also see how she could have read the script and said its just as god awful as the one for Resident Evil so I might as well. I could also see how the director’s take on visual excellence would tell her this is a surefire. Those Resident Evil movies are only one step above this movie and are only a little better because the source material is based on a more popular material.

Ultraviolet was something that could have been special. To watch is like watching a comic book come to life in a way that we will see again but this film did it first. Too bad way too much energy was put on a colorful anime like cinematic action movie that low key wanted to be a better version of the Matrix (I know, right), and did such a crappy job on the blueprint that is the story.  No wonder I slept through it the first time.

Previous: The New Mutants
Next: The One