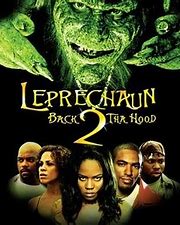 Hilarious, straight off the bat. 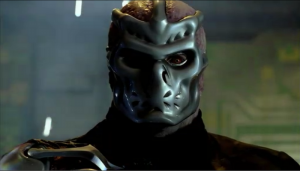 Even before this guy

This mutha fucka goes where not Leprechauns belong…The hood, and he ends up giving us some hilarious camp. So bad it’s good and so good they had to come back to the hood,

In the six installment of Leprechaun and the indirect sequel to the Leprechaun has Warrick Davis back in the costume as the unsung slasher icon of the 90s. you would think he does not deserve that credit, but where these movies really lack in scary (as in not at all) it does make up for in camp. I feel like the first four movies were not doing it on purpose, because if you watched the original after its star Jenifer Aniston became famous the camp just becomes even more entertaining,

It feels like with number five and the movie to an urban based “horror film” that the film franchise released what they needed to do in order to keep going. I’m guessing it worked like a charm cause here we are talking about the follow up to that effort.

Nothing in this movie made me laugh harder than seeing Sticky Fingers from Onyx in it. He did nothing funny, in fact he gave a great character performance as (wait for the shock) a thug. I would say it’s a smart idea to follow Ice T in his rapping career but not so much in his acting career, but I’m sure the large amount of cash he’s made in the 21 years of playing Finn Tutuola  on the hit series Law & Order: Special Victims Unit  makes the advice seem stupid.

The very simple Leprechaun plot that follows the folklore of someone steeling the gold of this fairy-like creature and the ugly bearded bastard having fun playing nasty tricks on people as he goes after the thieves. One of the concepts that make this a horror movie is that the main antagonist who gets their paws on the gold have no idea what they actually have as they never steel it directly from the monster but end up becoming the focus of his evil tricks.

Leprechaun was one of the weirder develops of the golden era of the slasher with this “slasher” being far towards the funny side than the horror side. I mean sometimes I feel ashamed that as a kid the commercial for that original movie creeped me out. now it’s almost a shame that this film marks the end of the franchise before it got a reboot in 2014 as I feel they found an interesting niche.

Previous: Trip to the Moon (1902)
Next: Leprechaun: orgins