Fells like a not that good sequel to Three the Hard Way. It’s possible the movie would have been better under the conception of Four the Hard way, with the addiction to Richard Roundtree, the great Shaft himself.

The movie starts with Jim Kelly and Richard Roundtree looking like they about to team up to kick ass on some gangsters fixing Kelly’s Karate Tournament, but shit changes real fast when Kelly’s taken out by these dudes forcing him to recruit some old friends of his to seek vengeance on his (just wounded) Ass (sorry if I have implied something else). Richard Roundtree semi-joins the ex-football players for some Gun em up justice.

It literally feels like the movie everyone wanted to see a few years too late. If this would have happen during the 1970s Black exploitations days, this may have been a classic like Three the Hard Way. If only Arnold Schwarzenegger and Sly Stallone had saw this movie in the 80s and took a lesson from it and not made Escape Plan 20 years after anyone cared that the two of them would make a movie together.

Three the Hard Way always did seem like a film met to just pair Jim Brown and Fred Williamson together. That makes sense because they were major black star power back in the days, and addiction of Jim Brown was just to maximize that star power. 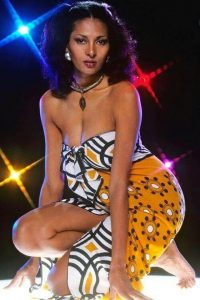 Guess the bestest star of the time was unavailable

The movie feels like Jim Kelly was not available to make the movie because his part was so small . Possible  Kelly was not interested in being an actor anymore as he semi-disappeared from movies altogether after “blaxpolation” was over.

Given this movie created, the names alone will make you need to see it, but it’s not the best outing of by a long shot for these four top brothers. too bad