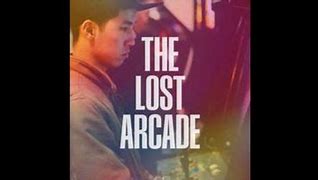 Wow! from the jump this movie was more than just about the Chinatown Fair. Anyone who knows anything about the Arcade culture will love this movie.

I remember the Chinatown Fair. Technically this was not my spot, however. There was a another spot called Playland that existed pre Giuliani’s Times Square. That was my hangout spot as a teenager. Then it closed  a year into my college years,  and a high school friend introduced me to the Chinatown Fair that college friend’s were hanging out at casue they went to a school nearby. I remember, there were a couple of Koreans who would play dance revolution, or some dancing game(that actually appears in the movie). They all dressed alike, like they were in a biker gang. I love telling people that story, I won’t lie.

I also use to hangout at Time Out Too! I never knew the name of this place. In fact, if not for this doc, I would still be calling the Chinatown Fair the arcade in Chinatown. I would go The Port Authority to practice all by myself during the day and take my skill to playland, then Chinatown Fair. (Even met a girlfriend of mine in Timeout)

When New York was going through the first stages of gentrification I was attracted to Chinatown Fair because it reminded me of the New York I grew up in.

I even remember eating at Port Author. After college, me and my adult friends eat there a few times.

What’s interesting is that this documentary justified a whole lot of stories I use to tell my younger friends who are not from New York. I always thought I was over aggerating Chinatown Fair, well…I was and still am, but the doc made everything I said true.

I’ll be honest with you, while I was going to the Chinatown Fair I never thought anything of it. I’m old enough that I did not have a choice if I wanted to play Tekken with other people  (that is my jam) and prove how good I am. Today, I just play online, and it’s really cool that I get to play the world. Then Again, playing in those Arcades was playing the world.

So it looks like this review is just me reminisce of a time long forgotten, but a time I hold dear to my heart. Please take it as a sign of how interesting the movie is that this is what I took from it.

Previous: Sworn to Justice
Next: Greeting From Tromaville