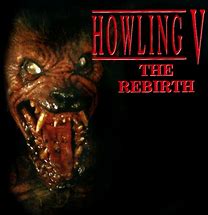 I don’t know many film franchises were the movies drastically get more awful with every sequel. After the Howling II, everything just goes downhill from there. Really really was no reason to do the Howling III, but they did.

I give number five credit for returning the franchise to the tongue and cheek combination of light Horror that all the other movies, except the forth one was well known for.

The fact that each Howling movie is a different story from the other I would not be surprise if this movie was suppose to be something else that was labeled a Howling movie in order to milk every penny of the franchise without spending more money on it. Nothing about this movie really screams werewolf at all.