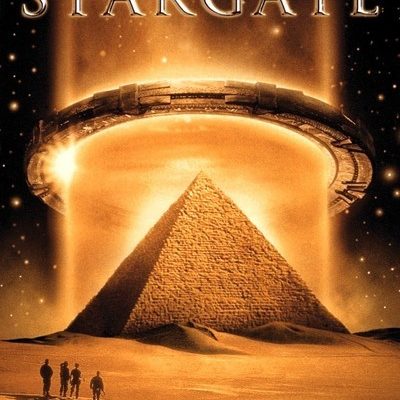 Really good movie. This was the one that made Roland Emmerich worthy enough to make Independence Day, which made him a director to be messing with (although nothing he has done has outdone ID4).

So Stargate would go on to become a very successful Sci-Fi franchise ne TV, doing ten seasons of Stargate SG-1 and a few spin offs in-between. It’s no Star Trek but I enjoyed what Star Gate brought to the table.

It does kinda make me wonder what could have happen if Stargate continued as a film franchise? I’m guessing Stargate as a movie did not do well enough to make a sequel, but someone saw the potential of keeping the story going.

I did hear talks of doing a sequel, even after the TV show had air, in which they paned to play it out as the multimillion dollar small screen franchise did not exist. I would have love to have seen Kurt Russell and James Spader go up ageist some of the shit that Richard Dean Anderson and Michael Shanks went up against on the show as Jack O’ Neil and Daniel Jackson. A Stargate sequel could have been a similar oportunity for  The Rock to show off his talents like he (not really) did in The Mummy Returns.

I think the best part of Emmerich’s movies is his production design. He has a signature look with his visual effects that lets you know instantly who made this movie and it’s a style that I’m attracted to. Stargate in itself was an interesting concept although for me in the present, I feel outdated. Just to note, this constant ideal of the mystery of who made the pyramids is a conspiracy of colonizers who find it hard to believe that the dark skin Africans were capable of such wonders. As a kid the idea of aliens building the pyramids was the idea that aliens existed, but as an adult there are better ideas to make Sci-fi about aliens that don’t also work to undermind the achievements of black folks (I know that seem overzealous but I cannot help it).

In fairness the concept of aliens with advance technology being portrayed as gods is still a very popular ideal. I loved the villain  in this movie Ra. He did a lot with the little he was given. I got to admit when I first saw the movie I was not sure if Ra was a dude. I think that was the point, but when I saw the film I had only herd of the Crying Game but had not seen it(that was the movie that made the dude that played Ra so famous they paid him a shit load of money to do this movie).

I like this movie cause I’m a fan of Roland Emmerich as a whole but like every single movie he’s made other than Independence Day this movie is good. Just good for me to watch and enjoy, but it feels like it should have been a blockbuster, but its not, it cannot go there, even if it wants to really badly. Maybe the second film could have done that but considering everything they did with this franchise on the small screen, they made the right choice.