Off the bat I don’t think I’m feeling the stereotype here.

Corey Haim plays a white boy from the Bronx who moves to a small town with his dad, a New York city cop. He happens to be in the right place when a group of Terrorist take over the high school he’s enrolled in.

The cliché of new kid in town is a given. He gets picked on by the jock who does not understand what a tough New Yorker one of the two Corey’s is (So Haim hands him an ass wiping to show him). Here’s where it starts to suck for me. It makes sense that as a cop’s son he may have the same sense of needing to do the right thing, but what throws me off is how easlyly this Lenny Slater is willing to take a life. 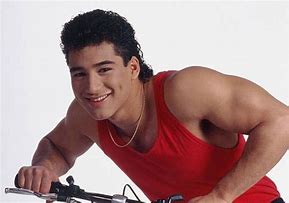 Sure, he’s being played by a 20 something year old man, but Lenny is a teenage high school kid too equip on how to use guns and too quick to end a man’s life.

Obviously, this movie is not for kids though most of the cast is playing them, but Lenny’s trigger happy sense of right doing is giving the Bronx a bad name.

It’s a small detail in the overall movie but it is driving Corey’s personality here in this action comedy (which I’m referring it as base on all the chest one-liners ).

My eyebrow is raised a little but it did not stop me from enjoying the film.

Previous: My Hero Academia – Boku no hîrô akademia THE MOVIE – Heroes: Rising – Hîrôzu: Raijingu (2019)
Next: King of the Kickboxers