What Bloodrayne 2 had going for it is the overhaul of the time period the movie did. Bloodrayne took place in some medieval sword wielding time period, while Bloodrayne two took place in a western time period. I thought this was brilliant cause it gave the franchise a fresh start each time and it made sense for me that Bloodrayne being a immortal vampire of some sort would move through time as such (wonder if the games this was based on do the same thing?)

I think the original movie was a failure but I don’t know how well the sequel was taken, but perhaps another thing that the Bloodrayne franchise has going for it is that whoever is putting up the money for this low rent franchise possibly really wanted to see it happen. Bloodrayne came out at a time when low rent (but way better) similar franchises were bombing. Resident Evil and underworld where two franchises that were about superhuman female action heroes battling a herd of monsters. Uwe Boll was taken a chance on cranking these things out in hopes that one day someone like me would want to watch them all in a row on a bored day when he’s force to stay inside (but when I say it like that I wished I had gone with a Resident Evil marathon or an underworld marathon (Which I have not seen in years).

If I’m not mistake along with having the same girl from the last Bloodrayne movie reprise her role as title charter (which makes the immortal vampire concept even better) one other actor from part 2 makes an appearance in the movie, but because the character he played in the second flick was not immortal, this guy had to play an entirely different character (Wh0 might be related to the other character as he knew what Bloodrayne was but not really whos she is). 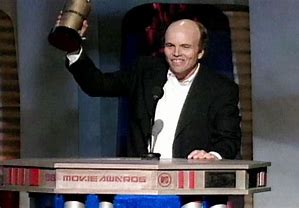 Well technically, not just me.

I’m sure he loves being an actor but does it for the paycheck not because he knew this shit was going to be good.

It was better however, better than the ones that came before, which is not hard, but the story is getting more interesting. Not the first time I’ve seen a story about Nazi vampires but evil Nazis never get boring (And boring is not what Bloodrayne wants to be anymore). Bloodrayne creates her on archenemy when a gunshot blast spatters her blood into a Nazi general’s dead mouth and turns him into someone who now has a point in being a superior race and want to share the gifts with his fellow soldiers. No that the other movie did not have stories worth telling but they were for movies not worth wacthing.

Clint Howard’s character plays the sidekick to this Nazi vampire who brings science to the vampire mythos in a second attempt sense the original movie to create an origin story but not for Bloodrayne herself but for her powers. Both character togehter and realisum to a fictional situation which does peak the horror element of the film.

Boll gets to be more commanding of the camera as he gets into the franchise, which does make sense. Boll seems to notice that he did get better with the second Bloodrayne and decided to intergrade what should have made the first movie real good, Like well known actors like Clint Howard being in it. A few descent action scenes and the return of some great nudity and hot love scenes. Boll makes a movie that a women will not dredd for the rest of her life getting naked in.

It’s a bad movie and a little silly but it’s not boring to watch thus fixing the problem of the first movie and for that it makes it the one most worth watching.