Noted the the movie starts off with better generate Hip hop music than most (or rather any) B-Movies before it. I’m like to go on the lim and say that the movies star Ice T had a lot to do with that, weather it was intentionally, by his hand or not.

Their was this point right after Ice T did New Jack City where the world saw that the Hip Hop Icon (along with a few other rap stars like Ice Cube and the Fresh Prince) not only could act but could be bankable stars, but unlike the other legends I mentioned T admits that he was good with pimpin out himself and just took anything that was offered him.

This is not to say the Air Rage was all that bad. It’s more to say how quickly off character T got for a quick buck. 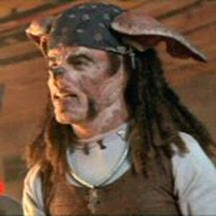 This fool would do anything for a dollar

To be fair, T did do a complete 180 when he became a regular on Law & Order: Special Victims Unit, and it paid off royally, but in the 90s I don’t think anybody was thinking “let me go see Ice T in a b-grade version of Passenger 57”, which is what Air Rage feels like. Ice T plays a Marine which is not that far fetch as he did spend some time in the army, who has to save a plane being held hostage by some disgruntled marines.

Although, to get technical, the movie is more like Executive Decision, were Steven Seagal was put on the poster to sale tickets but was not really in the movie for long (a format that Fat Steven Seagal would continue to do in old age).

For most people, Ice T is the biggest star in the movie, but for the most part the film revolves around a ensemble cast of character actors you will recognize from other movies and TV shows that will make you go “oh, he’s on that show as…what’s his characters name”.

If you came to see this movie because Ice T is on the cover, then it will not tak long for you to be disappointed how little he’s in the movie. You literally have to hold on long enough for him to make an appearance and the movie is not really that good to have us waiting so long.

Was it worth the wait? Not really. It was cool watching Ice T be a though marine but it did not really make the movie, so as it turns out it was not that good. It could have been better. I know this cause I seen it before. It was Passenger 57

Previous: Imparctical Jokers: the Movie
Next: Beneath us