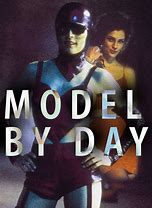 Before Famke Janssen did X-Men, she stared her superhero career in this movie, playing a model(which is not much of a stretch) who seeks vigilante justice when her roommate is attacked. Interestingly foreshowing, she’s a masked vigilante the media is calling lady X. 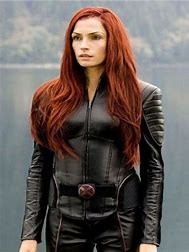 Maybe she can read minds?

It’s a good movie really. Janssen is pretty convincing as a raw Jeet Kune Do trained Batman wannabe who’s secret identity is of a down to earth model (there was a lot of character set up to prove that she was not just a pretty face).

Not nearly a problem with the movie but you will notice how trapped In the 90s this joint is. Escalated with the generic hip hop beat that I’ve herd in a dozen b-movies attempting to be cool.
Overall it’s too bad superhero movies where not a thing back then. It would have been cool to see a Lady X trilogy and possibly a cross over with Roger Corman’s Black Scorpion,  another 90s based superhero that’s all about girls in mask kicking ass, and the Demonilionist, which I just scene and is also a hot chick playing super hero. That would have been a great crossover.