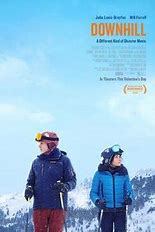 Force Majeure subtlety was important, and it makes it hilarious. It was a movie with one big punchline and it kept us disturbingly laughing throughout. The issue with having comedy juggernauts like Will Ferrell and Julia Louis-Dreyfus head up the American adaption is that you know the movie has to be filled with jokes. They just could not count on the the one big plot device that caused so much genuine awkwardness that you could not help to laugh. They tried to be as subtle in their own way but it did not work. It could not work because they could not relay on the one thing that keeps the movie going. They needed to put in many things to play it safe. It was not a bad movie in content. Standing alone the premise of the story is still very funny. They have to add more substance to it because Americans need the silver lining despite this being a story that really isn’t made for one.Which is why it’s not as good as Froce Majeure and just can’t be.