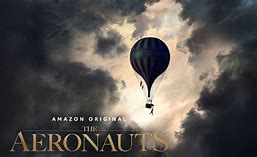 Below average story with above-average Visuals

Visually compelling. It’s shot in a way that makes you believe that we are in that balloon with them. For that it’s fantastic. The way the camera makes us interact with the atmosphere, it was just worth the ticket for that and that alone.

However, to have two Oscar-nominated actors of which one was a winner, the chemistry did nothing to make this movie better or worse. It was just bland.

So was the story. Very bland. I got nothing from it. This film could have been in another language, and it would not matter. Supposedly an essential account in aviation history, but unfortunately, the movie could have done without it.

Yet still, the movie is worth the ticket due to the visuals. The sky was beautiful and prominent.