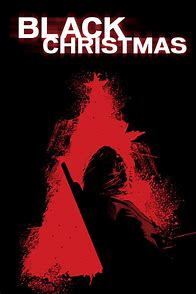 Not what I expected but it was ok

The movie felt like it was going to be a throwback from the golden age of slasher flicks, but the let down is it was far too tame for that tone. Every time they had the chance to show us some blood and gore they would cut away with just the illusion of it, and this was consistent from beginning to end which may have watered down the suspenfulness of it all. I’ll admit, at one point I was even like “oh come on” as I watched it. Pretty sure that this was the point of the movie, but i honestly did not connect with it. It’s one of those situation where I was expecting one thing that I like, got something different, but the different did not replace what I came for. I did like the feminist concepts of the film. I thought this set up help to heighten the fear and made in scary. So it was scary. A little too obvious at some points that they were trying to scare us. Almost a few points in which they were poking fun at the genre but forgot to make us laugh. It was a good attempt. Maybe history would look founder on this film then I did today. Maybe you have to break a few eggs to make that omelet, but overall I wanted to like this movie once I fully understood the premise but I possibly got turned off the same way any women would get turned off of watching a naked dumb blonde being stalked by a slasher.

Previous: State Park
Next: Jumanji: The Next Level (2019)