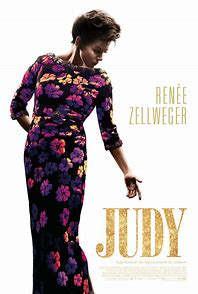 I’m sadden by the fact that the only parts of Judy Garland’s life They felt were worth telling was how hard is was for her as a shining bright child movie star and the era when that shining light was fading. It’s that type of movie that the Oscars looks for. Zellweger gives an amazing performance that’s charming and in depth. You’ll love her on the screen as Judy. The movie itself is not all. A very mundane look at the tail end of Miss Garland’s life with small flashbacks of her rough childhood on the silver screen. Reminds me of the Iron Lady. Meryl Streep easily nailed her forth Oscar on a movie that was crap. Looks like Zellweger might do the same.