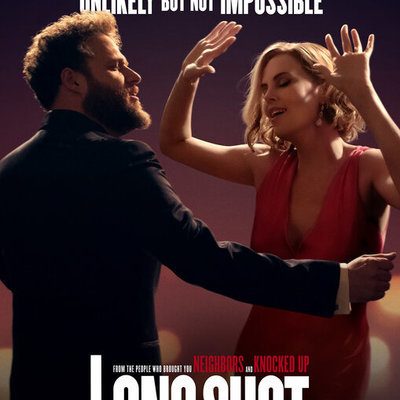 It’s been a while since I’ve seen Seth Rogen in something funny. I think this more had to do with the fact that he had not made a movie in a while vs. the fact that he has not made a funny movie.
Anyway, like they said in the trailer we have a reverse Pretty Woman situation in which Charlize Theron plays a women so perfect she should be President of the United States, and some how, Fred, a dude who looks and acts like Seth Rogen is able to win her heart. In fairness the two have known each other since they were young so I feel that he has somewhat of an advantage.
The movie has a very progressive message feed to us with a spoonful of laughter. I don’t want to sound like I’m not into the message, I am, because it was a message of complete equality that I’ve been down with, but realistically, it is a comedy that they are trying to tell this important message in and it’s a really funny one to so I hope everyone gets the point.
The only down side to this is the fact that their was not enough O’Shea Jackson jr in this movie. Dude has as much personality as his father Ice Cube and I love watching this dude on the screen.
Overall, great laughs all around.