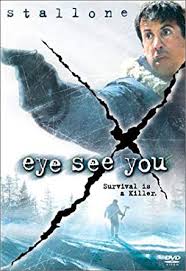 Did I just see a Sylvester Stallone movie so bad that it went straight-to-video without me noticing?
I guess that would not be the first time. In fact, Stallone has a lot of misses that would have killed the career of a lesser Movie Star. 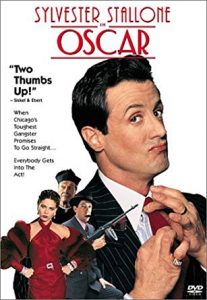 Never even herd of this Stallone “classic”

I don’t know if  he just tends to make a shit fest of a movie then smears over it with a mediocre hit that completely covers it up, but it’s amazing how many misses of Stallone’s I…missed. Cause I’m thinking, Stop of My Mom Will Shoot, and Judge Dredd are his biggest failures, then come to realize, no he starred in a movie called Rhinestone and attempted to destroy Dolly Parton’s movie career with it.

Eye See You came out at a time when I thought Sly was hiding from the world until making a comeback with The Expendables (Or Rocky Balboa (but The Expendables was a better claim back on top). Have you seen the movie Driven (or even herd of it)? That was a 2001 picture about race car drivers (That came out around the same time as the Fast and The Furious, but did not have the same legs). I thought it was a good movie. It felt like Rocky, in a Race car, which is possibly why it failed, and why he disappeared until he made Rocky in a boxing ring( and old Rambo).

Eye See You is somewhat proof that Sly kept on trucking after the turn of the century. I just was not paying attention. It’s not a bad movie, it’s just a quiet one.  It has all the elements of a cliche action movie: Good cop going after a bad guy and his wife becomes a victim of the bad guy and now he’s out of vengeance. The small twist that made this movie feel like a slow indi drama is the fact that this cop was seeking vengeance with the help of a bottle of booze, unfortunately. This called for this cop to seek help from a man who goes through extreme measures to help cops who hit the bottle, by isolating them in a winter death trap, when it turns out the bad guy who killed his wife is among them.

Technically, Stallone is  not a stranger to a good Thriller. Cliffhanger fits the bill, but the difference, between Eye See You and Cliffhanger is you have some action packed excitement of watching Stallone hang from ropes off of giant ice mountains. Eye See You is a enclosed and  relies a lot on the viewer using your own imagination (Something you’re not really use to when watching a movie starring one of the world’s biggest action heroes).

Like Cliffhanger, however I love the scenery of Eye See You. The rehabilitation Center (Run by Dr. John “Doc” Mitchell, played by Kris Kristofferson ) was actually some sort of abandon military base, that had a cool design to it, specially when you take into consideration the winter back drop which just makes it better.

Eye See You also has a small appearance, by Stephen Lang which really made my day and made the movie that much better.

It’s not a bad movie, just not what we usually expect from Stallone, or so I though cause looking at his full resume imdb this guy is all over the place but everyone only thinks about Rocky, Rambo and those movies in-between that are similar to them, and just incase you don’t want to miss Eye See You, I should mention it goes by another name D-Tox.

Notice the slight difference in the posters