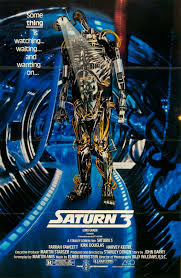 Been looking forward to seeing this one s​nice​ I h​ear​d Sheldon say something about it on the Big Bang ​T​heory. I thought it was a ​TV​ show but it’s a movie​ with some of the best special effects a Sci-Fi picture has ever had.

They’re trying to make Harvey Keitel look as pretty as possible to make sure that the lovely​ ​Farrah Fawcett​ ​would be attracted to the only earth man she has seen other than Kirk Douglas​,​ ​w​ho is in amazing shape for a dude who has to be ​in ​his mid to late 60s when the movie came out​. 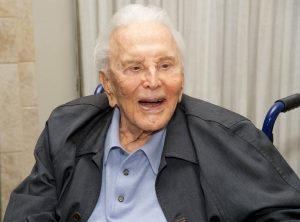 Guess keeping in shape does make you last longer

This does make​ him 30 years too old to be banging Fawcett, but it makes sense it you are the only two people on a space station for god knows ​how​ many years​. Besides, ​Fawcett and Doug​las​ look like a cute couple​. They have good chemistry.​

​T​han here comes Harvey Keitel playing the Captian trying to mess things up with his ​future ​Earth-like social behavior that seems emotionless​,​ especially in his emotional attempts to get Fawcett to have se​x​ with him. Cause that’s what they do on ​E​arth ​during this time frame, ​they just fuck each other without love (According to the Captain). It matters not that she’s banging her dad, all​ The Captain​ wants to do is hit it cause he feels ​he’s ​young and new ​and​ better tha​n​ old and out dated​, which technically is Douglas​.

Making thing​s​ crazier, The Captain brings a robot on the ship that thinks like he does only rapier and despite the fact that ​it​ has no penis ​it’s very over ​aggressive for some of that sweet Ex-Charlie’s angel.

The art direction​ i​s fabulous in this movie. Eve​rything ​looks far beyond it’s time . Almost hard to b​believe​ the film came out in 1980​. The special effects are really tight. I like some particular
Long wide scenes which the characters are ​walking​ though Saturn three and we get to see the hallways and tunnels of the p​lace,​​ which look amazing. Though the story is weak and as interesting as Douglas Fawcett and Keitel are they are not holding up this movie that well. What is holding this movie up is the Visual effects which are still mind blowing to this day.