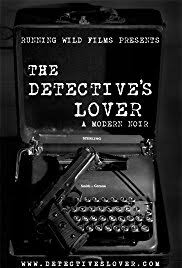 Not too bad, not too bad. The story is just ok but the the way it’s told is pretty interesting. Not sure what the budget was but it seems pretty low, so it’s impressive how well it’s done.

Only sucks that the hottest girl in the film does not get naked. other women get naked in the film who are not as hot. Seems ironically, but most likely they could not afford her to bare all.

Give the story credit for some originality simple because I don’t think I’ve ever encountered this angle. A writer wants to write a book about detectives, that’s a very interesting angle. The story has Scott interview a few different types of detectives and some of the answers based on their personas were cool, cause you did not get all the cliches of what a movie private dick is and some of the insight I’ve never herd but makes sense.

Too bad that’s not the main plot. The main plot is about this writer Scott trying to solve his own mystery, when an interview with a hard nose cold shoulder dick leads him to do some digging into his world which leads to a stereotypical Femme Fatale (the hottest chick in the film) he falls for and now can’t did his way out.

Plus there is something perfectly Hitchcock about the grim ending.

Yeah, this was not to bad at all.