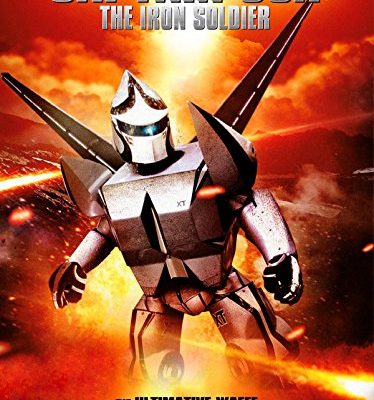 Starring Joe Estevez whose name appears before others so lit up and electrifying like he’s a super action hero. The music coming in heroically and majestically making it feel like Martian’s little brother is on the giving end of an ass kicking sandwich.

The Iron soldier was actually a dude in a robot costume. Not the worse thing I ever seen but it is in the worse movie I’ve ever seen it.