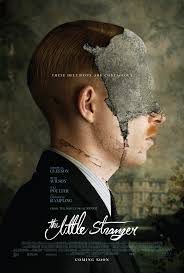 A little strange and a lot of boring.
I hate to say it like that but it really was one of the most boring ghost stories I have ever seen.
It could be that I’m just use to the actual ghost appearing on the screen but the actual story itself was boring. Maybe it would have been better with less than the illusion of ghost, but it was not suppose to be that story. Too bad.
Too bad, I like Domhnall Gleeson as an actor. This was not one of his best outings. Gleeson plays a poor kid who grows up to be a doctor assigned to do house calls on the servants of a house he use to visit and admire as a kid. A house that according to Will Pouter’s character, Roderick has bad vibes.
Will Pouter did a great job as Roderick though. The most enjoyable part of this Slow Burn.
Other than at it’s really bland and not really worth it.