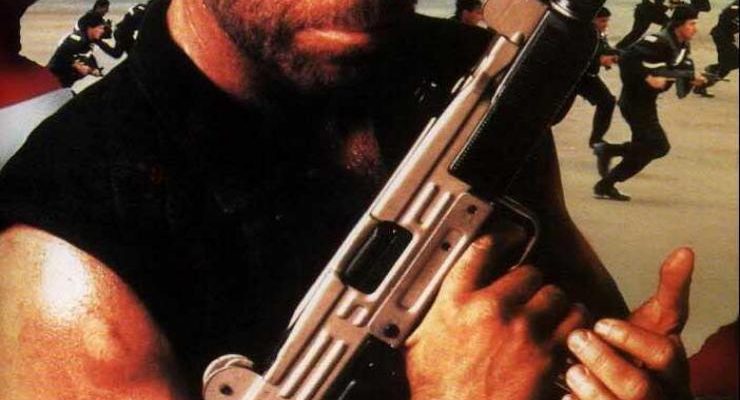 The Delta Force was an amazing movie with it’s music, it’s story,and it’s Chuck Norris. So naturally I needed to see it’s follow up, Delta Force 2: The Colombian Connection. As I searched my amazon prime account to fins this movie, I noticed Billy Drago is in it, which may me raise my eye bow.

Cause when I think of Billy Drago I think Sinister yet cheesy bad guy, and that’s exactly what I got. It completely changes the tone of the film. Not that I don’t like Billy Dragon as the bad guy (This guy was like Darth Vader trying to pull off a bad south American accent) , but it does point out the change in tone from The Delta Force to Delta Force 2. The first movie seem to have more substance as Chuck Norris as Col. Scott McCoy lead a team of highly trained soldiers to save a plane full of hostages, in a movie that almost felt like either a biography of the real Delta force or recruitment propaganda thanks to the amazing musical score of Alan Silverstri, who, very noticeably does not come back for this film.

Everything about Delta Force 2 screams that they made a glass of Kool Aide but added far too much sugar and water.  A typical revenge story warped in some typical low budget acting,  as Scott McCoy who was smart enough never to have gotten married or had a kid cause his partner Maj. Bobby Chavez got both of those things taken away from him when they went on a secret mission for the DEA to kidnapped the world’s biggest drug czar (Drago) and transfer him to American soil so he can stand trail, only for him to get away with a slap on the wrist (Oh shit! the judge who gave the drug czar a slap on the wrist sounds like voice you here in all those cheap anime movies!!). Now McCoy needs to go back into the jungle (Which I think is in the Philippines not South America as the story suggest), not only to save some DEA agents who were spying on the drug czar, but to avenge his partner who also gets killed.

Does the movie sound like it’s got too much shit going on it it? It sure does. I mean why couldn’t Chuck Norris just be the dude to get fucked with and have his wife and kid killed so he can go through the jungle after vengence? It’s complications like this that make the story overly complex, I mean all we want to see is Chuck Norris do some punching,kicking and gun shooting, and he does plenty of that. Plenty of that, switching gears from the first movie that showcased a kick ass team of elite solders lead by Norris while number 2 is more of a one man army (Well, not that Chuck Norris really needs an army right? We are totally into the fact that Chuck is doing it all by himself(Like a sista).

But the changes in story content do make for a weaker sequel, or a more typical squeal archetype focus on style over the substance that was the first, but once you get over that, it’s not a bad action film.