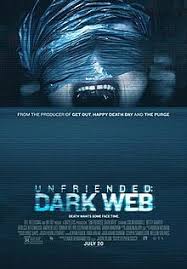 Now that was scary!

I don’t recall unfriended being that good. I understand why they made a second one, it’s a horror film, but a forgettable one I thought. Then someone comes up with a great idea to make the original concept even more horrifying.

So some guy gets a new used lab top that just happens to belong to another guy who’s affairs in the dark web are…well… dark, and will stop at nothing to get that info back and erase everyone who saw it if you get my drift.

The idea for the original movie was scary too, 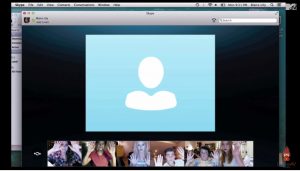 This maybe the new face of horror

However, Dark web was able to take the elements of the first film and create something that frighten me with the whole real life situation of the whole thing.

This was done over the fact that the movie’s cast was not filled with the best actors on the planet. Some performances can take you out of the movie altogether cause they are bad.

Overall, however this movie did have me on the edge of my seat with suspense, with a concept that seem to be better done, and also the scary music had a lot to do with it.

Previous: The Equalizer 2
Next: Shock and Awe