I remember when I first saw Pacific Rim. It was the greatest movie of the summer of 2013. I don’t think I was really expecting anything, other than that I like the director, Guillermo del Toro. I saw it on IMAX 3D and man did it blow me away.  It was action packed and never dull and I totally believed I was watching a 50 story giant robot battle a 350 foot Godzilla like creature.

A causal fan of Kaiju  movies, I saw what Del Toro was trying to do with the battle scenes that take place in the water. It oozes a love for Japanese cinema.

I must have saw Pacific Rim 13 times that summer: 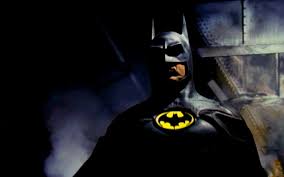 NOTE: that’s not my record.

One of the greatest blockbusters that I’ve ever seen, it  was critically acclaimed but did not due as well in the box office as expected, making it’s money back but not blowing the roof off. That’s too bad. It’s most likely the reason we had to wait five years for the lack luster sequel, Pacific Rim: uprising, which was great in it’s own way, but totally missed the point of the first movie.

Del Toro once said in an article that he’s not a huge fan of narrations. I’m not that big of a fan myself. I feel most people use narrations because their actual cinematic skills are not as good as their skills to make good dialog. It’s a movie, I feel I should be drawn to what I’m looking at over what I’m hearing. I think Del Toro understands this too well, which is why he uses the narration to enhance and complement what we see. With each word said we get a painted moving image giving us more details of what is being said.

In the world of Pacific Rim an alien invasion coming from deep in the ocean forces the world to united and create giant robots called Jaegers to battle monsters called Kaiju.

Rim is the type of movie you want to see over and over again. Every time I see it, I see something I have not seen before, because the visuals are that amazing. It helps that Pacific Rim is so big. I’ve seen it a few times on the small screen and it still feels so massive. You could not possibly take it all in with one sitting.  It’s also very detailed. It’s like watching Star Wars, every fan can latches on to their favorite Jaeger of their favorite Kaiju, no matter how small their appearance was in the film. Their are certain Kaiju who are not even on the screen for five mins, but they are so detailed that I’m sure they have a fan club for them somewhere.

One thing about the small details is that it makes for big attachments. Their are Jaegers and it’s pilots that appear for 15 mins on the screen, only being used to have a cool battle for a Kaiju and then die trying, and when they die, my heart stinks cause I did not realize how cool their were and now, they’ve died…like soldiers, the bravest kind.

In the heat of battle, and what battles they are. I like how real Del Turo was making this movie. Taking into consideration just how a robot the size of a very tall building would actually function. It was a risk cause you know how much the world (but especially me) , loves an action packed fast pace, but he made up for it with really cool battle stands by the Jaaegers, holding them for a second before they lay the smack down.

The Jaegers were piloted by great men and women as well. With the details came great character development. Pacific Rim revolves around the life of Raleigh Becket (Whose also the narrator), a young hot shot Jaeger pilot, not too different from Maverick in Top Gun, and like Maverick he looses his brother (His actual brother though, who was also his co-pilot), it was too much for him so he disappeared for a few years but then was found by his old commanding officer, who needs him to once again pilot the Gypsy Danger with a new “wing man” in Mako Mori.

I love the fact that the relationship between Mako and Raleigh feels like a romance without being one thanks to the drift, the neurological link that allows two pilots to handle such a large machine. Without saying too much (and showing us everything), Pacific Rim makes it clear the type of people who are “drift compatible”: Father and Son, husband and wife, siblings (Especially, twins (or triplets).  Then you have Raleigh and Mako whose relationship did not have to be defined past being drift compatible for it to work on a cinematic level. Just imagine if the dirt was used in real life and you find out that your not dirt compatible with your best friend or your girlfriend. That would suck.

Then you have Stacker Pentecost played by Idris Elba. Man, Elba was so fantastic in this movie. The straight lace commander who is so tight he can turn a coal into a diamond with his buttdocks, and he has to be in order to save the world. He has to be hard in order to send men to their death, but unlike other men who do the same thing nothing about him states that he would not do the same. Once again, when it comes to character development in this film it’s all about what is not said and shown and I can see clearly why his rangers respect him and will follow him to the gates of hell (located on the bottom of the ocean for this film). Doesn’t hurt that he gave some awe inspiring words in the film, not just Cancelling the Apocalypse which sounded so cool in the trailer,  but every time he screamed at his pilots or spoke in a whisper he was laying down some knowledge.