Not to be confused with Little Red Riding Hood or Little Red Rides the Hood (A personal fav). An Asylum movie! I’ve feel like it’s been ages since I’ve seen one. Asylim is a cool production company that explained to me what a mockbuster is.

What is a mockbuster? Well basically it is when you Tie-In a Blockbuster movie to your low budget movie by using a title for your movie that reminds people of the blockbuster. 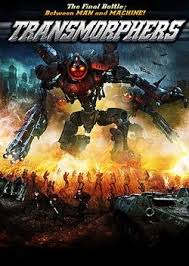 I know what you’re thinking, but this movie has nothing to do with giant robots that become cars

It’s a great way to advertise your low budget movie with a movie that could only pay for lunch  on your shitty budget. Originally  created by the Italians in the early 80s (As they tended to sell their b-movies to other European markets by stating it was the sequel to a popular American b-movie that may or may not have similar themes), and popularized by Turkey who famously made Turkish versions of popular movies (look on YouTube, and you’ll find a Turkish Star Wars (possibly the most famous) Turkish Matrix and even a Turkish Spider-Man (whose actually the bad guy in the flick).

The Asylum perfected the modern day Mockbuster with their title rearrangement. Some of it was bad, some of it was Rated R (Which means it was good), but it seemed like the film company was moving on from this marketing ploy.

Then again, Little Red Rotting hood is not a mockbuster of a recent Blockbuster film, it’s just a rearranging of words from a very popular story. In 2016 when the movie came out, I do remember that their was a fad with a lot of movies readapting popular fairy tales.

In this alternative tale Marina Sirtis (Dianna Troi from Star Trek: the Next Generation) plays Grandma, who after little Red gets ambushed by the Big Bad Wolf, buries her and she comes back to life as something the sheriffs in the film call Crexy (Creepy and Sexy), and is used a somewhat of a natural predator to a strange new wolf population in the town.

I think the movie was filmed in New Orleans cause a lot of the cast that I know of are from the area. Like Romeo Miller who plays little Red’s boyfriend, and Eric Balfour, who I’m not sure is from New Orleans, but has a very Cajun sounding name.

I always wonder about these movies. I know them to be made for a small budget of under a million dollars and then tend to get as big of names as they can afford to do a weeks worth of work that equals less than twenty minutes of screen time.  Maybe I’m thinking too highly of Sirtis who possibly really needs that money and the acting gig cause I don’t see her do much out side of Star Trek. I’m sure Lil Romeo, the son of Master P knows how much he’s worth and got paid it to be in the film,  which seems to leave little to go towards production. However, the production in these movies is always pretty good. No small feet, because the films tend to use a lot of CGI and special effects.

Rotting hood is no exception. The film is technically about werewolves and putting these CGI monsters on the screen must be costly even at the under a million dollar level. I’m guessing they have a lot of permanent staff who works on these things to make it cheaper. They would have to as doing CGI special effects for their mockbuster was definitely a thing when it comes to Asylum.

Little Red Rotting hood is actually a pretty good movie with a nice quality of production that makes it more interesting. The cast is worth watching and the visual effects are pretty good, so it’s a good watch.

Previous: Witchcraft IX: Bitter Flesh.
Next: Around the Block