It’s been a long long time since I’ve seen this movie. Not since this new age of superhero movies. I feel I’ve waited so long because I hold this movie in very high regard, and as such, I did not want that regard to lessen due to how far we come in this genre.
But the long time made me forget certain things that made this movie so cool.
Like the fact that X2 keeping up with the first movie treats Xavier’s school like a school. Something that even the comics did not really do until the movie came out.
It’s funny seeing how small Hugh Jackman is in this film. I remember when X2 came out and everyone made a big deal of how big he got from the second movie. 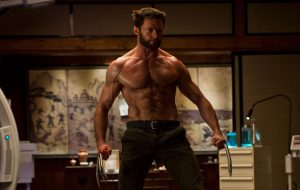 Little did we know, right?

Still really cool that scene with Colossus, who makes his movie debut. It leads to my favorite line in the movie. The Xavier School is attacked my soldiers and all the kids are scrambling to get out while Wolverine is showcasing for the first time on the silver scene the berserk rage. As Colossus was helping children escape Wolverine gives him a kid to carry out, in which Colossus states “I can help you” which wolverine responds “help them” absolutely perfect. If it was a comic book that may have been a long speech but in the movies that’s all that needed to be said between the two.

It’s funny. X2 is celebrated because of the large amount of mutants that appeared in it, but at the same time, due to budget restraints not, many mutants are actually in the film.
I mean when the X-Men went to rescue the children it was uncanny how useless they were. Granted, there was this small part that indicated that the kids were trapped in a cage that may be able to damper mutant abilities, but when these kids get out of the cage they should be doing some mutant shit. Especially Jubilee, who has made an appearance in a lot of the X-Men movies without ever showing us her abilities. I know a lot of fans think Jubilee is lame and her powers are an extent of the lameness, but if you are being attacked by an army full of solders who want to capture you and use you as a lab rat, you would want the ability to generate fireworks that could blind your enemies long enough to run away.

But hey, That’s just me nick picking. After all,  the opening shot with Nightcrawler busting into the White House is still one of the best scenes in superhero cinema.

Well anyway, X2 does not disappoint. Even after all this time it’s still a great Superhero film among superhero films.